For A PREVIEW, click here.
Posted by Wim Roefs at 3:59 PM No comments:


For a PREVIEW, click here.
Posted by Wim Roefs at 1:14 PM No comments:


Featuring Dave Rempis on saxophone, Fred Lonberg-Holm on cello and Paal Nilsson-Love on drums, BALLISTER is a powerhouse trans-atlantic trio now on its US Tour in support of its new release Slag. As fans of the music will recognize, this is inevitably a hard-hitting group. The unabashed energy of Rempis and Nilssen-Love, coupled with the electrified cello antics of Lonberg-Holm, make for a powerful listening experience that combines driving grooves with noisy textures and occasional melodic interjections. These sliding and overlapping rhythms often give the music a feeling as if a rug is slowly being pulled out from underneath the listener while the music still maintains a strong forward momentum. Reference points include the Julius Hemphill groups of the 70’s and 80’s featuring Abdul Wadud, Ornette Coleman’s Prime Time, and the early 70’s explorations of Miles Davis’ electric bands.
Posted by Wim Roefs at 6:48 PM No comments:


For a PREVIEW, click here.
Posted by Wim Roefs at 5:18 PM No comments: 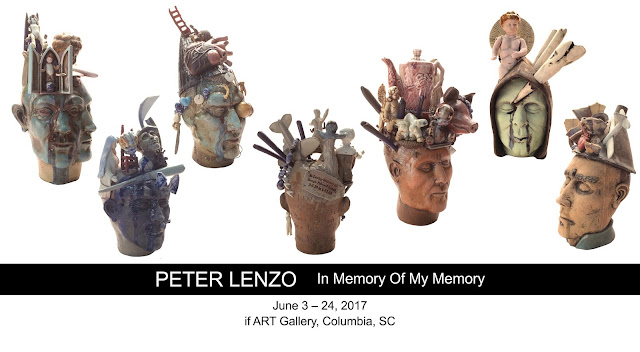 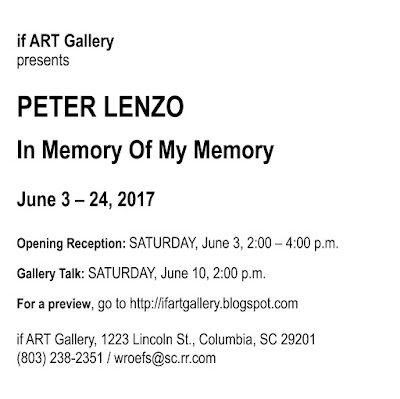 For a PREVIEW CLICK HERE
Posted by Wim Roefs at 3:12 PM 7 comments: 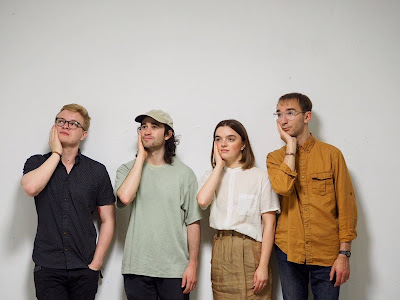 Italian Soda @ if ART Gallery
Wed., June 14, 2017,
8:30 pm
Admission: $10
To see/hear a clip of Italian Soda, go to:
https://www.youtube.com/watch?v=DDP6FwcRL0M&feature=youtu.be
Italian Soda is a Los Angeles-based experimental pop band inspired by Brazilian samba, surf rock and bubbles. An unlikely combination of acoustic instruments and synth sounds, the group
plays music with a rhythmic, airy yet unrestrained approach. Influences include the experimentalism of Björk, the joy and groove of Hermeto Pascoal and the electronic psychedelia of Stereolab. The band features bassoonist Cody Putman, vocalist Molly Pease,
bassist Miller Wrenn and drummer Jacob Richards. Having played shows at venues in Los Angeles such as Rec Center, Que Sera and Roy O. Disney Hall, Italian Soda is on their very first tour throughout the United States. Their EP “Bubbles” was released in February of 2017 and is available online at italiansoda.bandcamp.com.
Posted by Wim Roefs at 12:45 AM 1 comment: 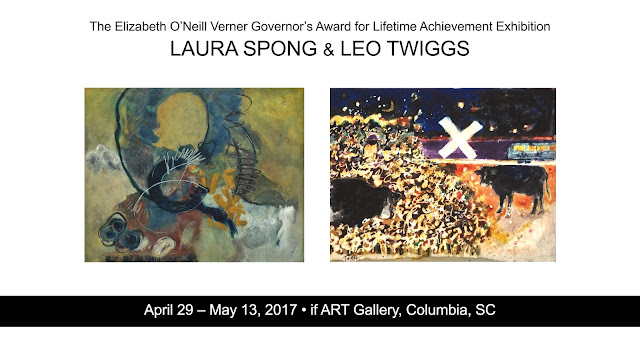 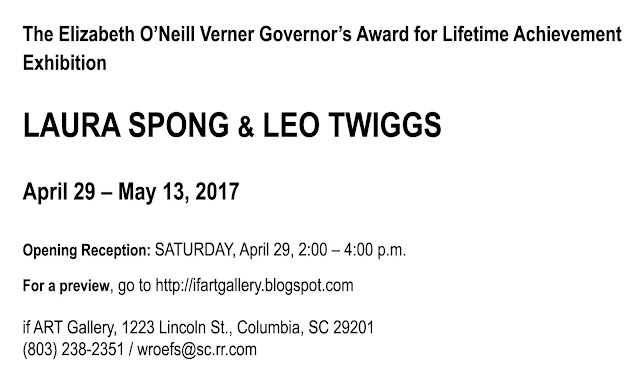 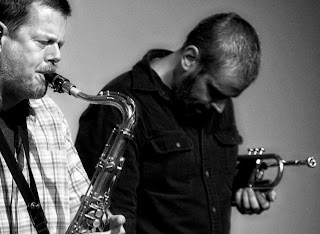 Columbia’s if ART Gallery presents on Thursday, May 11, 2017, 8:30 p.m., a concert by saxophone and clarinet player Ken Vandermark and trumpet player Nate Wooley. The concert is part of the duo’s current United States tour. Admission is $10; concert, at 8:30; doors open at 8:00.
A winner of a 1999 McArthur Genius Grant at the age of 35, Vandermark has been among the world’s most celebrated free- and improv jazz composers, saxophonists and clarinet players for decades. He and his Vandermark 5 ensemble are among the most prominent representatives of the Chicago jazz scene. Vandermark has played in Columbia several times, including a memorable 2009 concert at 701 Center for Contemporary Art with the Dutch Ab Baars Trio.
Wooley was called by Downbeat magazine “one of the most interesting and unusual trumpet players living today, and that is without hyperbole.” He’s one of the most sough-after trumpet players of the Brooklyn, NY, jazz and new music scene and has played with legends such as John Zorn, Anthony Braxton, Eliane Radique and Fred Frith.
Vandermark and Wooley have been operating in each other's orbits for several years, having worked together with Paul Lytton, Joe Morris, Agusti Fernandez and Terrie Ex before putting together their duo project. In 2013 they toured the
United States for the first time. With this unique ensemble, they deal directly with each other's iconoclastic compositional and improvisational vocabularies and have created a book of original material that takes inspirational cues from the under-appreciated work of John Carter and Bobby Bradford; two of those musicians’ compositions are part of the group's repertoire. Vandermark and Wooley have worked together to create an


organic combination of the jazz tradition, free improvisation and modern composition and have then placed it into the raw and intimate context of this duo. In 2014, Vandermark and Wooley released their record East By Northwest.
Posted by Wim Roefs at 6:59 PM No comments: 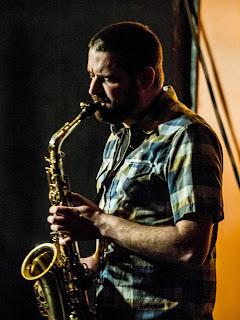 Columbia’s if ART Gallery presents on Wednesday, April 25, 2017, 8:30 p.m., a solo concert by veteran Chicago saxophonist Dave Rempis. The concert is part of Rempis’ sprawling solo journey around the United States this spring. During the tour, Rempis develops repertoire for his first solo release scheduled on Aerophonic Records this fall.
Admission is $10; concert, at 8:30; doors open at 8:00.
Rempis has performed in Columbia on many occasions with a variety of improv jazz ensembles, most recently at if ART in October 2016 with his trio Gunwale. The saxophonist, improviser and composer has been an integral part of the thriving Chicago jazz and improvised music scene since 1997. With a background in ethnomusicology and African studies at Northwestern University, including a year spent at the University of Ghana, Rempis burst onto the creative music scene at the age of 22 when he joined the well-known Chicago jazz outfit The Vandermark Five. This opportunity catapulted him to notoriety as he began to tour regularly throughout the US and Europe, an active schedule that he still maintains to the present day.
At the same time, Rempis began to develop the many Chicago-based groups for which he’s currently known, including The Rempis Percussion Quartet, The Engines, Ballister, Rempis/Abrams/Ra, Wheelhouse, Triage, The Rempis/Rosaly Duo, and The Rempis/Daisy Duo. Other collaborations have included work with Paul Lytton, Axel Dörner, Fred Anderson, Peter Brötzmann, C. Spencer Yeh, Hamid Drake, Steve Swell, John Tchicai, Roscoe Mitchell, Kevin Drumm, Paal Nilssen-Love, Nels Cline, and Joe McPhee. Rempis has been named regularly since 2006 in the annual Downbeat Critics’s Poll as a “rising star” on alto saxophone and as a “rising star” and “established talent” on baritone saxophone. In 2013, he started his own record label, Aerophonic Records, to document this ongoing work.
Rempis' musical expression draws on a number of touchstones. While heavily improvisational in nature, his work is informed by his Greek ethnicity, studies in jazz and ethnomusicology, appreciation for the philosophical underpinnings of contemporary composition and his love for unforgivingly strident yelps, screeches and squeals that can encompass the ever-evolving state of human depravity.

JAIME MISENHEIMER: Hour Of The Wolf