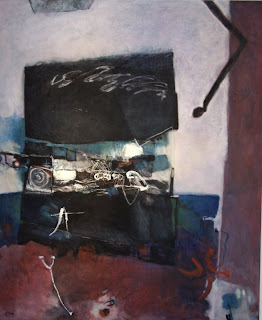 if ART Gallery artist Laura Spong is part of the Lifetime cable network's new series Drop Dead Diva, but she's feeling fine, thank you very much. Spong's paintings are on view prominently on the show, for instance in the law offices where the series' main character works. The show's producers have rented several paintings by Spong for the series' sets.
To see five paintings by Spong in 30 seconds, click here, which will take you to the show's second episode, called The F-Word. Five of Spong's paintings appear early, between 1' 50" and 2' 20" into the show. At exactly eight minutes into the program, another one of Spong's paintings shows up. At 25' 43'' and at 30 minutes, there are other direct views of three Spong paintings. In total, at least eight Spong paintings grace the walls of the show's law office, where much of the action takes place. The paintings appear in full view throughout each episode of the program.
Drop Dead Diva airs Sundays at 9pm and Mondays at 8pm on the Lifetime channel.

To see images of the eight Spong paintings appearing in the segments above, click here. To see more of Spong's work, click here.
Other relevant links include:
Drop Dead Diva
Lifetime Network
Sony Pictures Television
Posted by Wim Roefs at 2:25 PM No comments: 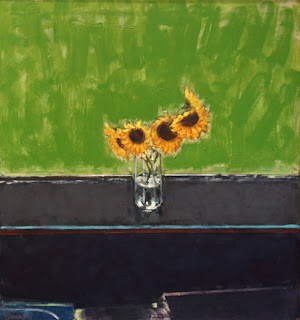 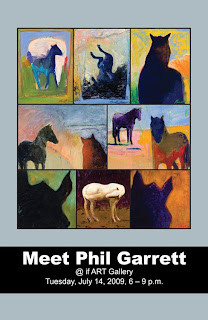