THE OTHER BROTHER
A feature length documentary film

Director Higby, producer Flowers and surviving "other brother" Tom Flowers will be present for Q&A after the screening.


Two brothers, estranged since 1948, share an exceptional bond. One is an art-world insider, and one lived alone in a world of art. This is a film about the ‘genetics’ of art and sibling estrangement. The subject is art but the story is universal.

The younger brother, Tom Flowers (now 86), received his undergraduate degree from Furman University and his MFA from the University of Iowa. The older brother, Jesse Flowers, joined the service right after dropping out of high school and became a recluse soon after serving as a medic during the end of WWII. He lived in a dirt-floor shack without plumbing. Both spent a lifetime making art.

“My films are, in the end, human-interest stories about people being true to their convictions. Sometimes those convictions are inspiring and sometimes they are tragically misguided.” Says Asheville, NC filmmaker, Kristy Higby

The other brother was an official selection of the Bare Bones Film and Music Festival in Muskogee, OK and The Santa Fe Film Festival in Santa Fe, NM. It was screened at Intuit: The Center for Intuitive and Outsider Art in Chicago, IL September 18th and at The Upstairs Artspace in Tryon, NC on October 19. Please contact, Producer, Mark Flowers, mflowers@mountainteastudios.com if you would like to schedule a screening date.

This documentary was featured on the weekly SCETV/Radio’s Walter Edgar’s Journal on September 5th. Here is a link to that interview http://www.scetv.org/index.php/walter_edgars_journal/show/the_other_brother/

RECENT QUOTES ABOUT THE OTHER BROTHER:

“In “The Other Brother” Kristy Higby has rendered a cinematic miracle, illuminating the extraordinary life of Jessie Flowers -- a solitary, mysterious and troubled man who found solace and meaning in little else but his art. By the end of the film, Higby has woven together so many layers of Jessie’s life in such an artful and profound way that ultimately we feel the man is in the room with us, flesh and blood.”
Tommy Hays author of “What I Came to Tell You” and “The Pleasure Was Mine”

An intimate look into sibling estrangement, The Other Brother considers the significant role of creativity within one’s life by bringing forth the compelling and poignant story of Tom Flowers, Furman University art professor and his older brother, Jesse Flowers, self-taught artist.  Beginning with family interviews and recollections, director Kristy Higby slowly builds a complex, conflicted view of a bond shared by two brothers who last saw each other over sixty-five years ago.  The documentary is a rare invitation to see numerous artworks by both brothers, side-by-side for the first time, in dialogue with each other.
Leisa Rundquist, PhD, Associate Professor of Art History, Department of Art, UNCA

Fantastic premise for an epoch movie. This concept is so beautiful especially during this age of increasing fear and separation through the digital realm, etc. Art has saved my life and helped me carry on through this surprisingly intense journey. Thank you for taking the time to create this heart-warming picture within pictures.
Sage Neri, Visual Designer

Higby’s short documentary, Flag Day, received a juror’s honorable mention at the 2005 AFI/Discovery Channel SILVERDOCS (now AFI DOCS) Documentary Conference and Filmfest held in Silver Spring, Md; and a Jury’s Citation at the 25th Black Maria Film and Video Festival in Jersey City, NJ 2006.W.W. Norton chose Flag Day, for inclusion on a Norton Sociology textbook DVD.  Her short documentary, Bowl Digger, received a Director’s Choice award at the 2007 Black Maria Film Festival and a Best Documentary award at the 2007 Dam Short Film Festival in Boulder City, Nevada. It was juried into the 3-month long Make it New exhibition at the Asheville Art Museum, Asheville, NC, during the summer of 2007 and toured with the 2007-2008 Short Circuit Traveling Film Festival Sponsored by the Southern Arts Federation. 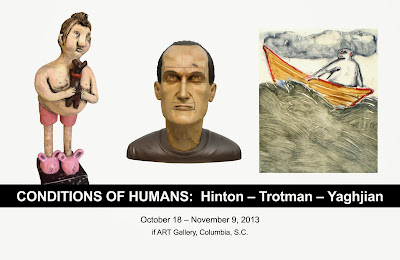